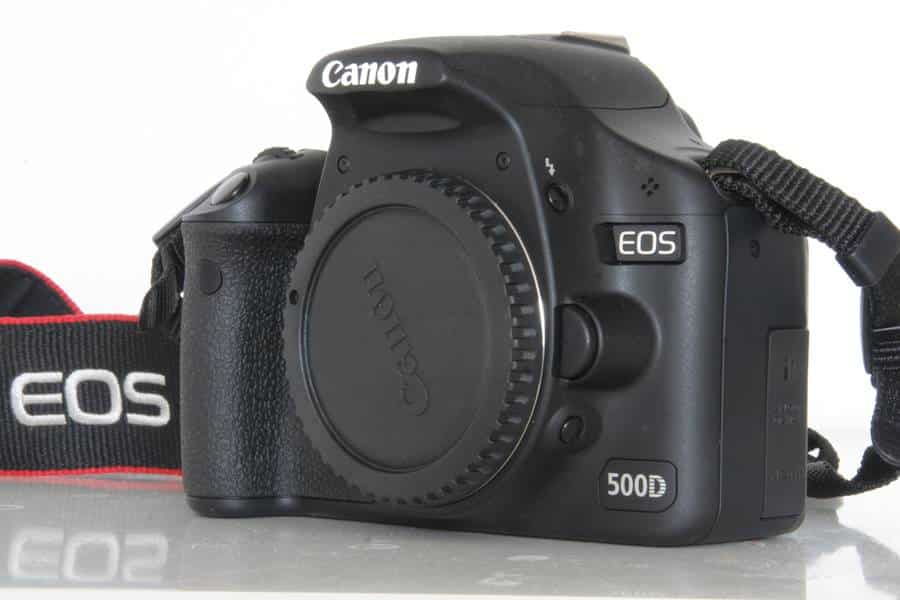 Good afternoon friends. Today I want to make a brief overview of the camera Canon the EOS 500 D. Yes, not some new super monster like the Canon 5D Mark IV full-frame or the latest novelty – the Canon 7D Mark II camera, but an old “five-point” – a camera released by manufacturers for non-professional photographers and advanced amateurs. Let’s leave the reviews of cool new products to professional photographers with half a century of experience and simply and easily talk about the Canon 500D.

Let’s also agree – we will also leave detailed materiel and measurement pipis line of megapixels, disputes about the coolness of Canon or Nikon, pretentious remarks like “Buy yourself a Mark IV and don’t worry”, and we will try to soberly assess the capabilities of this camera (what is possible, what is not, who is suitable for a “500” and in general, is it worth buying such “Junk” in 2020?).

Well, what can I say? When it’s already 2020, the Canon EOS 500 D is already outdated. But does this mean that the camera has become bad? Probably yes, because there were such cool photos as Canon 750D, Canon 80D, Canon 7D Mark II and long-awaited Canon 5D Mark IV. But are megapixels of matrices and wi-fi with touch screens so important for real creativity? Is it really necessary to shoot with a camera for 100 haymakers with an “elk” screwed onto it for 150 thousand wooden ones in order to take interesting shots? I have seen pictures of several photographers taking pictures of the ancient 30D and 5D, and their work will wipe the nose of many stamp owners. After all, the truth was told by some photographer that a camera is just a tool in the hands of a master. And the person himself creates – he builds a frame in his head, thinks over the future picture and prepares for it, chooses models and conditions.

A Little About the Cost of The Camera

Yes, prices are biting nowadays. But let’s not look at the windows of online stores, where the cost of some cameras is calculated in numbers with five zeros. Let’s pretend you are a budding photographer with a small budget, and at the moment you just want to buy a DSLR and start photographing. On the secondary market, the Canon EOS 500D can now be bought for a ridiculous price. And once it was a novelty – Canon positioned it as a camera for non-professional photographers and advanced amateurs. And then Canon EOS 500D was recognized as the best European DSLR in 2009-2010. Let’s talk a little more about it.

My acquaintance with the “five hundred” took place in 2010, when my cousin bought himself a DSLR. We began to slowly explore the capabilities of the camera, try to understand the settings and, of course, take pictures. A little later my passion for photo hunting began to cool down, and I decided to try myself as a photographer. I didn’t have my own camera, so I borrowed a DSLR from my brother.

Even then, it seemed to me a convenient tool. Canon EOS 500D has a lot of “goodies” compared to 450D – the camera learned to shoot video, the creators plugged in a more powerful processor, “threw” more megapixels onto the matrix. In addition, the camera has a larger buffer and increased maximum light sensitivity. It was then that the camera seemed really cool to me. For two years I took it to shoot from my brother, later I bought myself Canon 40D, then 7D. But recently (7 years after I first took it in my hands) I took it again from my brother for a few days, took a few pictures and was amazed – even seven years later this camera seemed convenient to me, gave good photos and worked like a clock…

Surprisingly, with the 500D there are fewer defects than with the 40D – auto focus worked flawlessly, despite the fact that it is much easier than in the 40. Then I decided to write a review for the “500” – after all, there are many novice photographers with a limited budget among us who choose their first DSLR at Amazon or other online marketplace. Expensive “boots” are too tough for them, and beginners do not need those bells and whistles that manufacturers shove into modern semi-professional and professional cameras. It is necessary to start with something simpler, and “500” is quite a good choice for future masters.

Let’s get away from the banal pros and cons, advantages and disadvantages, and just say why it is worth / not worth buying a Canon EOS 500 D today. So, we continue to “review” the “500 D”.

Price. To buy a wooden “SLR” for 1-2 thousand is great. Good, let it be used, but on the other hand, you can already learn all the delights of shooting with a SLR camera with it. To be honest – many DSLRs are gathering dust on the shelves, many of the beginners who have not managed to become a “beginner”, after playing a little, put the toy in a distant box, and then sell it. You can find your camera in excellent condition and start shooting right away.

Ease of Control (as for me – quite a convenient joystick). I read the instructions – canon cameras have good instructions. For xxxD models, everything is chewed up. This is not enough for professional cameras, one instruction, you need to read the forums, listen to the advice of the pros, understand and experiment. And here – an evening for reading a book, and you can shoot.

Video Shooting. Photo and video in one bottle are great. It will come in handy on family vacations, and at a matinee in kindergarten, but you never know where else.

View Mode. It’s great and useful. We will not delve into the materiel; it will be interesting but later. Most useful feature.

Weight and Dimensions. For beginners, this is a plus. After switching from a “soap dish” or digital zoom, even a small DSLR like the Canon 500D seems huge. Convenient to shoot for.

In general, I think that in this price category, even today it makes no sense to look for weaknesses in the camera.

The camera is outdated. Although, as we wrote above, this is not an argument. It would be something to shoot, and what – there is. And, of course, if you are no longer a beginner, you are unlikely to buy it. Although, to be honest, for that kind of money, I myself sometimes think about buying it with a second camera for a photo shoot.

If you are a photographer, then 3.4 frames per second is not the top of the rate of fire. It often happens that three and a half frames are simply not enough to capture the dynamics. Although, again – let’s not look for excuses, they can always be found.

Most interestingly, size and weight can also be a disadvantage. Especially after you filmed with xxD series cameras. Try it, and Canon 500D will seem to you already some kind of… childish.

Well, that’s all for today, friends. This is a brief overview. At the moment (July 2020), the Canon EOS 500 D can be safely recommended to novice photographers and people on a budget. You will not regret. In addition, a little later, the 550D model came out – a more advanced version of the “500 D”. For more experienced photographers – wells in the xxD line or whatever the money is smile. See you. All goodness, health and great pictures. And finally – a small plate (for comparison 500D with its predecessor and descendant). 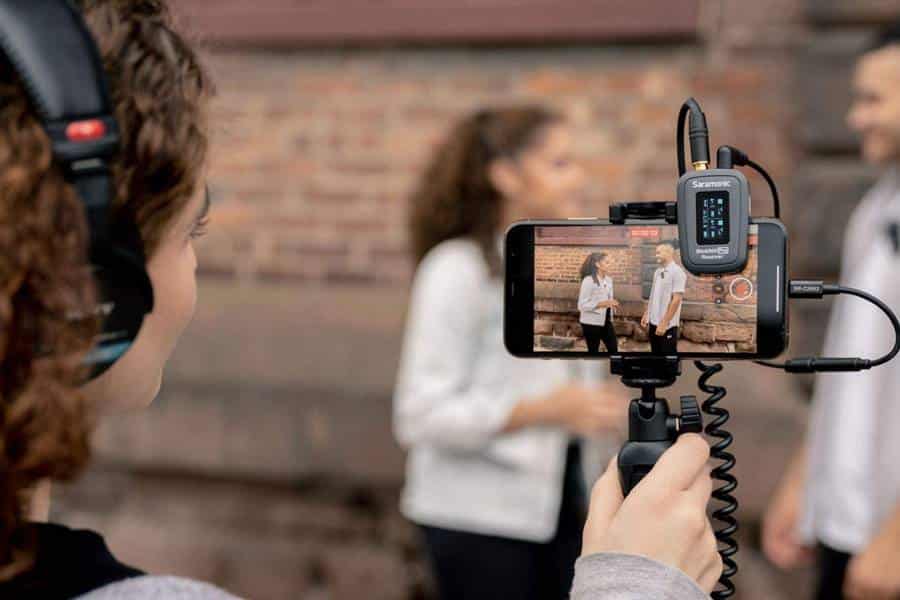 There are three main indicators of a technically good video – light, stabilization and sound. And we will talk about the sound in this article… 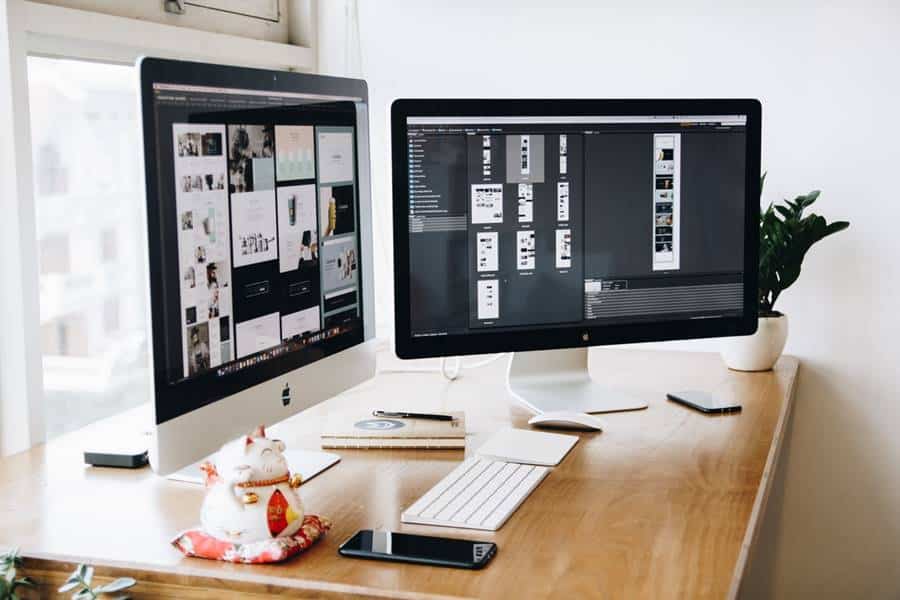 Today is 31st December and the 2020 is drawing to a close, it’s time to take a look on the most surprising tech that surprised… 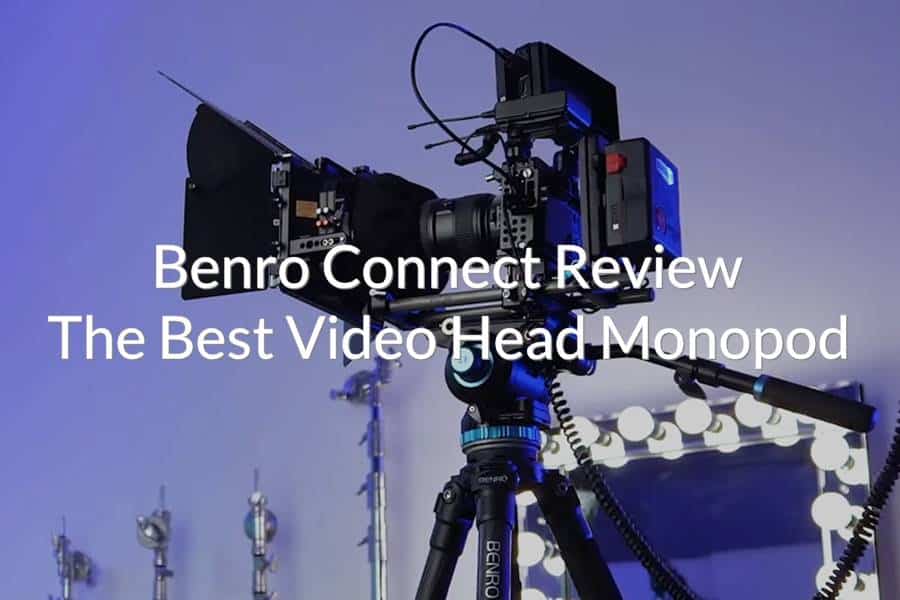 Monopods are widely used in the work of photographers and videographers. Moreover, this stabilization device is quite universal – the same model can be used… 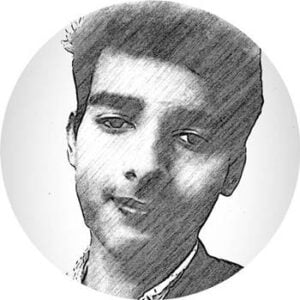 I am a professional photographer and portrait photography specialist working for some famous media houses. OrigaZOOM is originally my own personal blog. Since launch, my content has appeared on many notable publications.

Monopods are widely used in the work of photographers and videographers. Moreover, this stabilization device is quite universal – the …

Big screen, hefty battery and fun design. Talking about the Poco M3, which until the announcement of the Redmi Note …

Introduction The mirrorless world is evolving and it is certainly a pleasure to watch. New technologies and developments allow us …

The Samsung Galaxy S21 is one of the most anticipated smartphones, with rumors leaking online regularly. This model belongs to …

Polarizing Filters: An Ultimate Guide for the Beginners 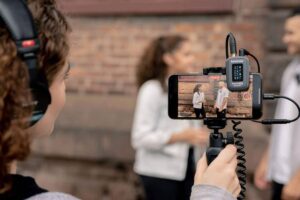 There are three main indicators of a technically good video – light, stabilization and sound. And we will talk about …

Monopods are widely used in the work of photographers and videographers. Moreover, this stabilization device is quite universal – the …

Lighting devices, do not stand still and constantly surprise consumers with their novelties and non-standard solutions (thanks to the movement …