The Reno line of smartphones from OPPO has always been distinguished by a non-standard design, decent photo capabilities and a relatively low price. This year OPPO decided to change something and, fortunately, it affected not the price, but the design… So, in April of this year, the third generation of the line was announced – OPPO Reno3 Pro 5G. The updated line received two smartphones – a standard version and a version with a Pro prefix. Today we review the OPPO Reno3 Pro. Let’s get acquainted.

OPPO Reno3 Pro now has a more classic and familiar design, which, in my opinion, takes away its individuality. The first two generations of the Reno were truly unique – the pop-up selfie camera and the completely bezel-free display without any cutouts looked extraordinarily futuristic! But let’s not remember the past for a long time, especially since we do not lose anything in functionality. Moreover, it is logical to assume that the reliability of the device has increased here, since there are no additional moving parts of the case.

The novelty received a very thin body – only 7.7 mm, which is quite unusual in the hands, but does not lead to a negative user experience. The edges of the smartphone are curved, and with them the display, but this is not such a “waterfall” as we saw in the Huawei Mate 30 Pro.

6.5-inch AMOLED screen with a resolution of 2400 x 1080 pixels, a pixel density of 402 PPI. It is bright, contrast, has a high refresh rate of 90Hz. It is also noteworthy that in the settings you can select the color profile DCI-P3 or sRGB. I have not seen anything like this in smartphones.

The frames above and below are insignificant, there is no so-called “chin” here. At the top is the speaker, which is almost invisible. A sub-screen fingerprint sensor and the now classic face recognition system are responsible for security.

On the right side there is an on/off button, on the left there are volume keys, which are also used to release the camera shutter and start/stop video recording.

A little about the insides. The Reno3 Pro has an eight-core Qualcomm Snapdragon 765G processor, 12GB of RAM and 256GB of storage. For those who like to play, the ardor of the phone will be cooled by liquid cooling. Supports two SIM cards, however, there is no possibility of installing memory cards. The 4025mAh battery supports fast charging – a full charge cycle takes less than an hour. On one charge, with moderate use of the Internet, messengers, photography/video shooting, the phone lasts 1-1.5 days.

The front-facing camera is located in a small notch in the display on the left. Although the cutout is small, there is no more usable space in the corner of the screen, since the area between the camera and the edges of the smartphone is actually not used in any way. This is a standard minus of this arrangement of front cameras.

The selfie camera has a 1/2.8-inch sensor with a resolution of 32.3 megapixels, a focal length of 26 mm and an aperture of f/2.4. The front module, like most smartphones, is not equipped with an autofocus system.

There are several modes for the front camera in the standard application – portrait with adjustable background blur, just photo, video, panorama, accelerated video and sticker. Additionally, 10 photo filters are available, HDR and timer shooting. Electronic zoom is not available in any mode.

The definition of the face in the frame and, accordingly, the background blur is not perfect, as always, there is a problem with small details, such as hair. In portrait mode, the camera takes a picture with a resolution of 8 megapixels, that is, four pixels are combined into one.

In photo mode, the images are already at 32.3 megapixels. The maximum video resolution that the front camera can shoot is only Full-HD at 30 frames per second. While this is quite enough for video selfies, it still looks odd given the Reno3 Pro’s high-resolution sensor and powerful processor.

The main camera received four modules, and the block with cameras now protrudes and is located on the left, in contrast to the central non-protruding arrangement in previous versions of Reno.

The main module has a resolution of 48 megapixels – this is the popular nowadays Sony IMX586 1/2″ matrix. 26mm focal length, f/1.7 aperture and OIS. The IMX586 matrix can even shoot 8K video, however, not in this smartphone, here only 4K 60fps.

The second module is a wide-angle lens with a focal length of 13 mm and an aperture of f/3.2. The 1/3.2-inch sensor has a resolution of 8 megapixels.

It is noteworthy that this module, contrary to tradition, is equipped with autofocus. Autofocus can create interesting shots with unexpected angles, and thanks to the ultra-wide-angle, they will have enhanced dynamics. The only thing that can upset the wide-angle module is a noticeably lower image quality, especially when compared to the main module.

The third module is a telephoto lens with a focal length of 53 mm, which is equivalent to 2x magnification relative to the central module. The aperture is f/2.4, the sensor is 1/3.4 inches and has a resolution of 13 megapixels. The tele-module is also equipped with autofocus, but what it lacks is optical stabilization. Thanks to certain algorithms for combining data from the tele-module and the main module, OPPO Reno3 Pro can offer a 5x hybrid zoom. Such an increase will not please with particularly high quality, but sometimes you can indulge in it.

The fourth sensor is monochrome with a resolution of 2 megapixels – it is not intended for creating an image and is responsible for forming a depth-of-field map. There is also a flash in the camera module – it is simple, without the ability to change the color temperature.

The Reno3 Pro main module provides the highest possible image quality. For better color rendition and less noise, the sensor is set by default to capture images with a resolution of 12 megapixels. In this mode, 4 pixels are combined into one. But in the photo mode in the settings, you can select a resolution of 48 megapixels. The pictures are clearer, but only under good lighting conditions.

Unfortunately, you cannot disable the work of AI, and there is also no way to save photos in RAW format. Nevertheless, there is a pro mode in which you can manually control all aspects of exposure and even focus distance.

The pro mode is also interesting because here you can select a specific module and work only with it. That is, even when zooming, electronic magnification will occur, and not switching to the corresponding module. In this regard, an interesting scenario for macro photography is emerging. On the main module, we make a two-fold increase, manually set the focus distance to 0, and as a result we can get the following photos:

The quality, of course, is far from a professional camera, but I have never seen better on smartphones. Macro mode also turns on automatically in photo mode, however, it turns on “uncontrollably” and also turns off strangely, so it’s better to shoot in pro mode.

As I already wrote above, the work of AI cannot be forcibly turned off, but you can turn off scene detection, however, artificial intelligence will still interfere with the image. Additionally, you can enhance the work of the AI ​​by enabling saturated mode.

Colors become brighter, but often not very natural. There are also 10 photo filters, they work quite interestingly, for Instagrammers it’s just that.

The video capabilities of the Reno3 Pro are not impressive, however, there is an interesting feature in the form of enhanced electronic stabilization. Enhanced stabilization works only on the main module and only at 1080 @ 60fps.

There are two levels: Standard and Pro. Standard – this is the maximum stabilization, but the picture is cropped quite seriously. The Pro doesn’t crop the picture as much, but the stabilization is less effective here, although the picture, of course, is smoother than just with the optical stabilizer. As a result, we get a very smooth picture that can compete even with electronic Steadicams, but the Steadicams still make the picture smoother and plus everything without cropping.

In the example above, all three types of stabilization were shown and for comparison, at the end, a video is shown shot with the Zhiyun Smooth X two-axis stabilizer. 5x Zoom. Moreover, shooting with the use of enhanced electronic stabilization leads to a noticeable distortion of the picture, this occurs even in professional cameras, the use of an external Steadicam completely eliminates such distortions.

When shooting a video, you can use the zoom and, I must say, here it happens without significant jumps, although they are still noticeable. So far, none of the smartphone manufacturers have managed to implement smooth zoom during video recording.

The video above demonstrates zooming from the wide-angle module to 5x hybrid and further up to 10x digital zoom. The wide-angle module can only shoot 1080 @ 30fps, so the maximum possible range is only available at 1080 @ 30fps, which is of course upsetting. The maximum video resolution that a smartphone can record is 4K 60fps. In this resolution, the main and two-fold tele-module can be recorded.

Also, from the additional video capabilities there is slow motion and accelerated (time-lapse). In time-lapse mode, however, you cannot specify an interval, so the video speed will be only one, without the possibility to slow down or speed up.

OPPO Reno3 Pro has both advantages and disadvantages. However, these shortcomings would be relevant for a flagship smartphone, but here we are not dealing with a flagship, but a relatively budget smartphone. Let me emphasize what is relative. The cost of modern flagship smartphones is rapidly approaching the mark of $650, and the hero of our review, not the current moment, will cost a little less than $20.

The main disadvantages, which are disappointing, are the limitations in terms of video shooting. If you want to shoot with a wide-angle module, then you have to put up with Full-HD at 30 frames. And in general, the main complaints about the wide-angle module. The quality of the photo here is also not particularly impressive – if the shooting is carried out in low light, then this is noticeable with the naked eye. And also, to the disadvantages, I would attribute the somewhat limited functionality of the Camera application – there is no way to shoot in RAW, you cannot turn off AI, there are no settings for time-lapse and slow-motion shooting.

Nevertheless, the application has its advantages. The pro mode is quite successfully implemented – here you can not only control the shooting parameters and autofocus, but also work with a specific module. The application also has a large number of good photo filters. All three modules are equipped with autofocus, which is very cool. The photo quality for a smartphone is excellent. Like all smartphones, there is a per sharp here, but you can put up with it if you do not enlarge the picture.

In general, OPPO Reno3 Pro 5G turned out to be a very successful smartphone for photography. If you are on a budget and cannot afford a flagship, then this option should definitely be considered. 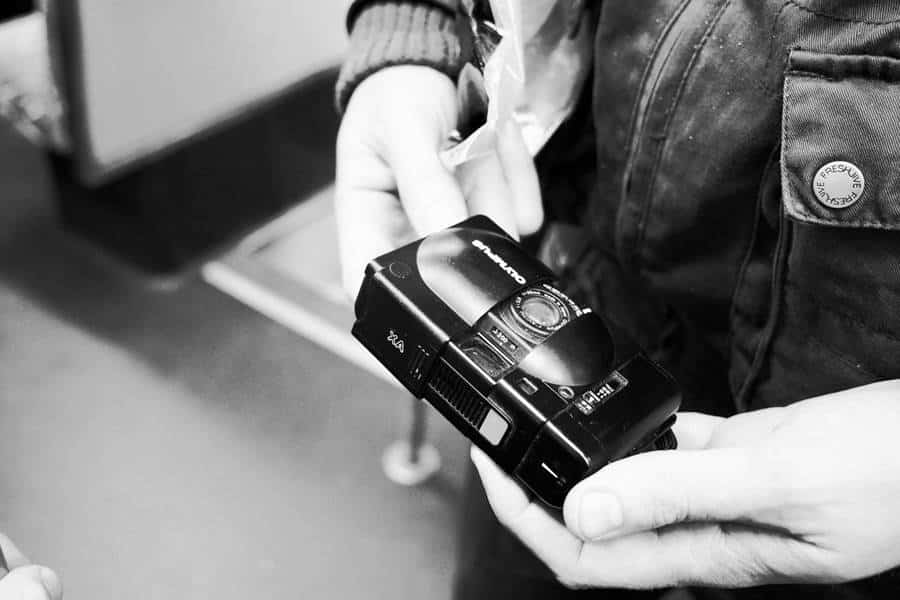