In this article, I decided to share my impressions of the transition from the Canon 5D Mark IV camera to the Sony A7RIII camera. My experience is purely amateur and cannot be called a full-fledged test comparison. I have been using Sony camera for about half a year, but this time was enough for me to understand the main differences between these two excellent cameras.

It should also be borne in mind that I had the best premium lenses on Canon (35MM F/1.4L USM II and 85MM 1.4L USM), and on Sony, a pretty good mid-range Sonnar 55 mm FE F/1.8 ZA lens. As you know, it is not the camera that makes the picture, but the lens, and therefore I consider this factor to be the key when comparing two photo systems.

The most important (in my opinion) reason for the transition of many photographers to Sony cameras is the form factor and the mass of the camera. And here the Sony camera is unconditionally in the lead, of course if we are talking about a camera without a lens. But here’s what’s interesting – if you use, for example, “zoom” lenses (24-70mm, 70-200mm) or any Sigma E-mount lenses for a Sony camera, then this factor is practically leveled out and the camera becomes as bulky as a Canon DSLR monster 5D. Moreover, the camera becomes unbalanced and tries to jump out of the hands, because the lens outweighs the carcass. And the Canon 5D is perfectly balanced with almost any lens.

But thankfully, Sony has its own proprietary compact lenses (for example, Sonnar FE 1.8/55mm ZA), or Zeiss lenses for Sony E (Zeiss Batis 85mm 1.8), which are not inferior to premium Sony lenses in optical properties and at the same time are compact in size. In general, now I can take a Sony camera with me always with me, which allows me to take more pictures.

Ease of Grip and Buttons

When I first picked up the Canon 5D, I immediately realized that the grip was very wide and it was difficult for me to reach the buttons on the back with my fingers (add the weight of the camera to this). And after when the Sony A7 fell into my hands, it seemed to me like a toy and lay like a glove. This is an extremely important moment when the camera sits clearly in the hand. In addition, on Sony, almost any button can be assigned to any function, you begin to appreciate this advantage over time, as the camera requires more functionality.

I highlighted the convenience of video shooting as a separate item, because this is the main reason for my switch to the Sony A7 system. After I assembled a Canon 5D Mark IV setup + Ronin-S stabilizer, my desire to do video recording sharply diminished due to the bulkiness of the structure and a weight of about 6-7 kg (this is not counting the weight of an additional external monitor, video light, microphone, etc. other video gadgets). It is also worth noting that the Canon 5D Mark IV is synchronized with the Ronin-S only via the infrared port with a separate cord that dangles in front of the camera in the air, which does not look very aesthetically pleasing.

Therefore, the light weight and form factor of Sony adds to the desire to take this camera with you anytime, anywhere. And if you choose a compact lens (for example, Sony 35mm f/2.8) and a lightweight three-axis stabilizer (for example, Zhiyun Weebill-LAB), the shooting process will be a pleasure, because the whole system fits in a small backpack and does not exceed 3 kg.

Definitely the dynamic range is the strong point of the Sony A7 cameras, you cannot stretch it out. Canon 5D has everything in order with the dynamic range, but you understand the obvious difference during the first photo processing in editors.

A touchscreen or a screen with a touch control function is another story and it practically does not work on the Sony A7RIII. With its help, you can only move the focus point, the touchscreen does not support “walking” through the menu, unlike Canon 5D Mark IV. And after I pasted a “proprietary” protective film on the Sony screen, the touchscreen completely stopped responding to touch, because there is a millimeter gap between the film and the screen.

The battery on both the Sony A7RIII and the Canon 5D Mark IV battery holds the same charge, which is enough for about 2,000 frames or a couple of photo shoots.

In almost all respects, Sony lenses, in my opinion, are inferior to Canon lenses, primarily in terms of variety. I mean proprietary lens, because third-party E-mount lens do not always work stably with the Sony system (for example, auto focus works slower, auto focus does not always work on the eyes), so I do not consider it for myself initially.

In terms of image quality, Sony lenses also lose out – the presence of optical distortions in most budget lens is especially noticeable, wide-angle Sony lenses are noticeably stronger (similar to Canon lenses) stretch the image around the edges, and portrait lenses unnecessarily twist bokeh.

And in my opinion one of the main disadvantages of Sony lenses is their cost. Premium G-master lenses are 20-30% more expensive than any premium Canon lenses. For example, at the beginning of 2020:

In addition, Sony lenses in the secondary market fall in price by up to 40% (which is a lot), while I sold good Canon lenses with a loss of only 5-10%. I think this is due to fewer photographers with Sony mirrorless camera systems and the secondary market for these lenses has not yet formed.

I remind you that I am making a comparison of the two systems based on my own feelings after using two cameras, i.e. those general impressions that each camera leaves.

As for the working ISOs, unfortunately the sensor of the Sony A7RIII camera is noticeably weaker than the Canon 5D mark IV sensor. Most of the time I shoot without using artificial light sources, so after the very first shooting in rather difficult conditions, I noticed that the frames are morenoisy compared to Canon. And now on Sony the upper ISO ceiling is set at 450, when on Canon it was 1000 or more.

Eye Auto Focus is a really useful feature of Sony cameras for portrait photographers, which allows you not to move the camera when framing the composition. Perhaps for this reason, the pictures on Sony are clearer and sharper.

I can estimate the sharpness of the Sony A7 as follows – 8 out of 10 frames are sharp. At Canon this is significantly worse – only 4 frames out of 10.

I had no complaints about Canon colors. But Sony’s colors are completely unpredictable, especially for skin tones. Sony colors tend to be magenta or purplish pink, which can be difficult to fix. I use Capture One to correct the colors and I suggest you download my collection of styles; the download link can be found in the article Capture One Styles.

I have not yet appreciated all the advantages of 4K video, maybe because there is nowhere to watch it. Therefore, recording in this format is still a redundant function of the Sony A7RIII camera for me. I hope that in the near future it will be useful for me to get the best quality for my videos. The ability to shoot video on a camera in full 4K is certainly one of the advantages of a Sony camera.

In Canon 5D Wi-Fi works perfectly, connects quickly and transfers jpeg format of photos without any problems, while you can transfer all files at once or only those marked with asterisks.

At Sony, connecting the camera via Wi-Fi is a whole story, you need to scan the QR code (it is not obtained the first time), while photos are transferred one by one, and after each transferred file, a series of manipulations are required to connect again. In general, the wireless network in the Sony A7RIII is not fully implemented to be used every day.

Sometimes the desired function and in Sony shooting turns out to be really silent, which cannot be said about Canon.

I don’t know why, but the Sony camera seems to be magnetically attracting dust. Especially for the eyecup and lenses. The surface of Sony cameras is more prone to minor scratches and abrasions. I also noticed that Sony gets very hot in the light frost, hands quickly freeze. The construction of the Sony A7 is also not assembled in the best way, the stabilizer in the camera constantly crunches, the external strap holders also rattle. After the first walk with the camera in hand, I lost my eyecup. It sticks out quite strongly and constantly clings to clothes.

The assembly of Canon is made, in my opinion, the camera is more reliable and tactile.

Each camera manufacturer has its own policy for disclosing RAW format to third-party software developers. Canon, unfortunately, has a closed policy, so with the advent of a new camera model, a completely new RAW file format appears, which, as luck would have it, is not readable by most RAW converters. And for Sony RAWs there is a professional and very convenient solution Capture One Express, a free RAW converter for Sony. In this table, I have summarized the main characteristics of cameras that are important to me.

Conclusion: To Change or Not to Change?

If you are switching from a Canon 5D mark IV system to a Sony A7RIII, the Sony system will probably not be a revelation for you and “Wow” effect will not happen. Because both cameras are very worthy and take amazing photos. Each of these cameras has its own advantages and disadvantages.

But if you plan to develop as a videographer and videographer, then the Sony system will offer you more options for shooting high-quality video. The choice and decision are yours. 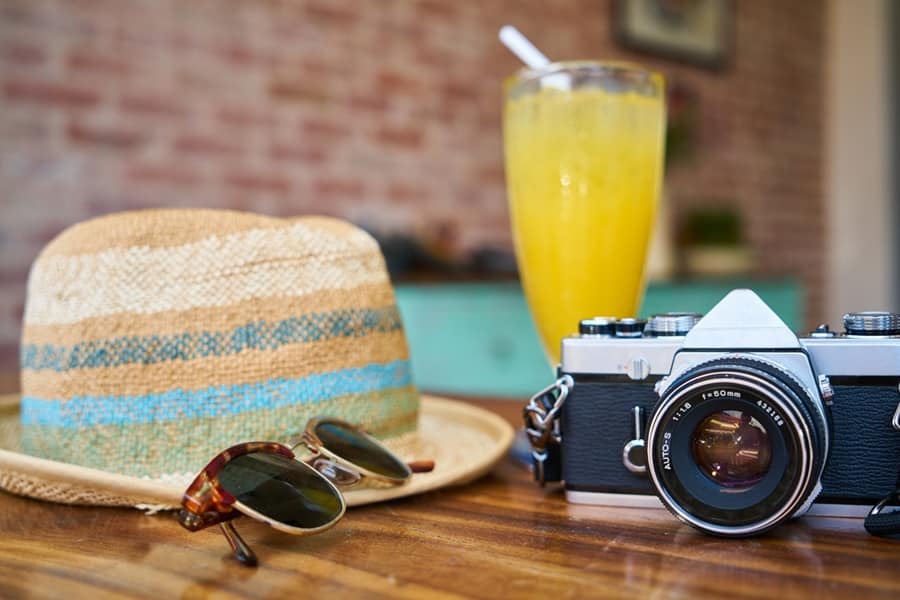