Today’s article is about ‘Polarizing Filters,’ and in this article, I will tell you how they work and what they are for. Let’s go straight to the answer.

Visible light, like any other electromagnetic radiation, is a wave. Polarized light is radiation whose waves vibrate in one area. Initially, sunlight is not polarized; its waves do not have a clearly defined direction of transverse oscillations. But on the way to the camera, light is reflected and refracted now and then. As a result, we have glare on various surfaces, and a specific veil appears in the sky. A polarizing filter is designed to combat this.

We use these polarizing filters in photography – because they make the colors of the photo more saturated and remove glare from the picture.

To fully understand the polarizing filter, we need to start with polarized (and in general any) light.

Light waves are the visible spectrum of electromagnetic radiation somewhere between 400 and 700 nm. It is composed of electrical and magnetic waves. They look pretty cumbersome together (plus magnetic waves have nothing to do with the question of polarization), so let’s limit ourselves to the electrical component. The wave oscillates perpendicular to the direction of its movement.

Imagine a wave of light directed straight into your eye. If we rotate the previous picture 90 degrees, we will see the swing of the wave up and down. This light beam is called polarized. So that light is called polarized, the electric field oscillates in only one direction, vertically in this case. It can be horizontal or, in principle, any orientation.

Okay, but how do you get unpolarized light then? No problem. Most of the light that we see is not polarized. Light coming directly from the sun is not polarized. The same goes for an incandescent light bulb, any hot glowing object. At one moment, the field can be directed in one direction and the other – entirely in the other. It happens at random.

Let’s say you need to get polarized light for some reason. How to do it? Just use a polarizer. It is a material that transmits light. But it only sends light oriented in one direction.

Imagine a polarizer that transmits only vertically oriented light. If placed in line with the lamp and the eye, it will cut any light except vertically polarized. Naturally, we will get a slightly darker picture due to the loss of some of the radiation.

Taking a horizontal polarizer, we get horizontally polarized light.

And How Do You Use This in Photography?

It’s great, but why is all this polarization needed in everyday life because few people will conduct daily experiments? Think of polarized sunglasses (no, they’re not only called that because marketers have caught on to a buzzword and found a reason to raise their price multiple times) and how they deal with glare and reflections.

Imagine yourself standing on the shore of a lake in sunny weather. Light enters your eyes from all directions, bouncing off clouds, any surface in your neighborhood. Calm reflected sunlight. But if you look directly at the water, you will see a bright glare straight from the sun. There is nothing good in that: that blinds hurt.

“It’s time to put an end to those annoying glares!” – says in the marketing department of some firm that produces sunglasses. Fortunately, although direct sunlight is not polarized, it is at least partially polarized when reflected from the surface (completely at some angles of incidence). Moreover, the direction of polarization is parallel to the plane from which the light was reflected.

It turns out that most (if not all) of the light reflected from the surface has a pronounced polarization. We have to put on sunglasses with a vertical polarizing filter and thereby cut out the glare.

The same glasses will allow you to look under the surface of the water.

All this is also true for a polarizing filter. The main difference is that you can set the direction of polarization due to the variable plane of rotation.

In addition to linear polarization, there is another type of polarization – circular. Here are two waves vibrating in planes perpendicular to each other. In the case when they oscillate in one phase, their real vector is directed diagonally. That is, we get linearly polarized light again.

But if you shift the horizontal wave by 1/4 phase, the total vector of the two waves will rotate clockwise or counterclockwise. Polarization will not be directed in one direction all the time; it will be circular.

To understand how a circular polarizing filter works in practice, you need to accept that linearly polarized light does not consist of one electric wave but the vector of the sum of two perpendicularly oscillating waves in the picture above. The filter consists of a linear polarizer and a unique material that slows down one polarized light component by 1/4 phase.

The thing is that the electronics of modern cameras cannot adequately work with linearly polarized light: possible metering and focusing errors. Circularly polarized light does not have this problem because it behaves like normal, natural light.

Using the Polarizing Filters On the Camera

As I wrote in the beginning, the polarizing filter makes the photo’s colors more saturated and eliminates the glare. Increased saturation and contrast are useful when shooting landscapes.

The left picture was taken without a polarizing filter. The right one is with that. The second image clearly shows the increased overall image contrast and the increased detail in the clouds. Due to the filter clipping part of the light, the bottom photo was taken at a slower shutter speed than the top one: 1/125 second versus 1/250. ISO and aperture settings are the same.

Sometimes a similar effect can be achieved with processing (often spending more time on it), but what you definitely won’t be able to achieve is getting rid of glare and reflections. Using the polarizing filter on the right photo helped to remove most of the glare from the windows. It can be damn useful when you need to shoot through the glass, but the reflections fail to catch anything.

The same effect is observed with reflections on the water surface. The photo on the right was taken with a 58mm polarizing filter (link here).

Of course, sometimes, a polarizing filter can make a photo worse by its effect. For example, when you need to keep haze in the atmosphere or leave reflections. It all depends on how you want to dispose of it in your hands. And don’t forget that the polarizing filter always darkens the image a little. 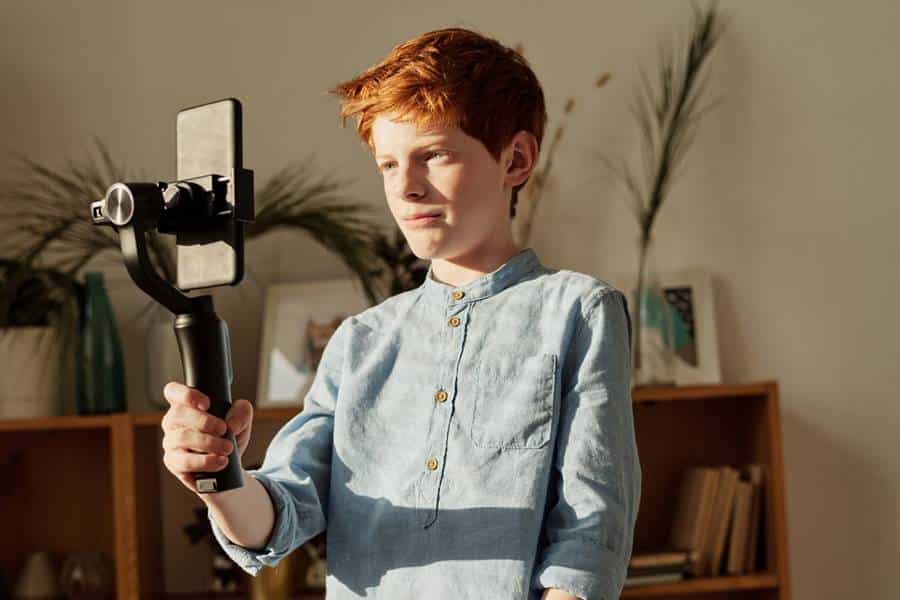